Carrie Bercic for School Board 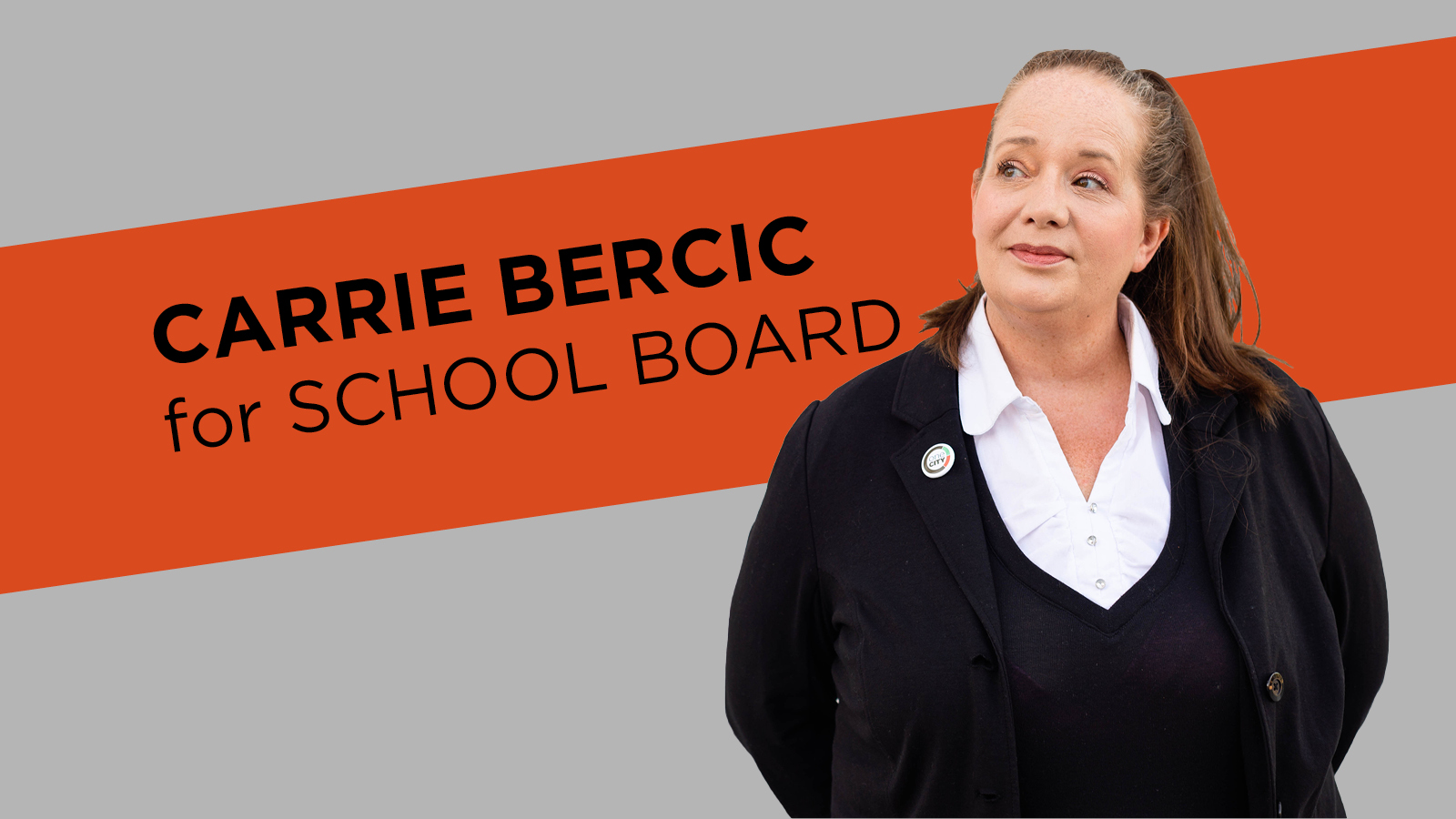 “I am proud to say that during this term I led with my values, and always put students and their needs above everything else. I will remain a dedicated advocate for students, parents, staff, and teachers.

Carrie Bercic was elected One City’s first School Board Trustee in the October 2017 Vancouver by-election. Before her election to School Board, Carrie spent 20 years advocating for public education, volunteering at local schools and fighting on behalf of all students. Carrie is proud of the record she has created as a Trustee, one where she stood by her values and rejected a budget that didn’t support students.

As a parent and advocate, Carrie saw firsthand how classroom resources were reduced and clawed back. Frustrated at seeing the VSB being forced to cut essential programs, eliminate critical staff positions, and put off maintenance to school buildings, Carrie was motivated to take action. Since 2014 she has attended every board, committee, and special meeting at the Vancouver School Board (VSB) as well as being actively involved in Parent Advocacy Network for Public Education (PAN), Families Against Cuts to Education (FACE), and Friends of the School Library (FOSL). Carrie, along with many parents, fought successfully against the planned closure of neighbourhood schools across the city.

Carrie is running for re-election to the Vancouver School Board to continue the work that she has already started. She is committed to making bold, politically brave moves that put students first. She has demonstrated that commitment by bringing forward a motion to stop cuts to specialist teachers. While this motion was, sadly, defeated by other board members, Carrie looks forward to returning to the Vancouver School Board with OneCity candidates Jennifer Reddy and Erica Jaaf, to continue the fight for better supports for our students. 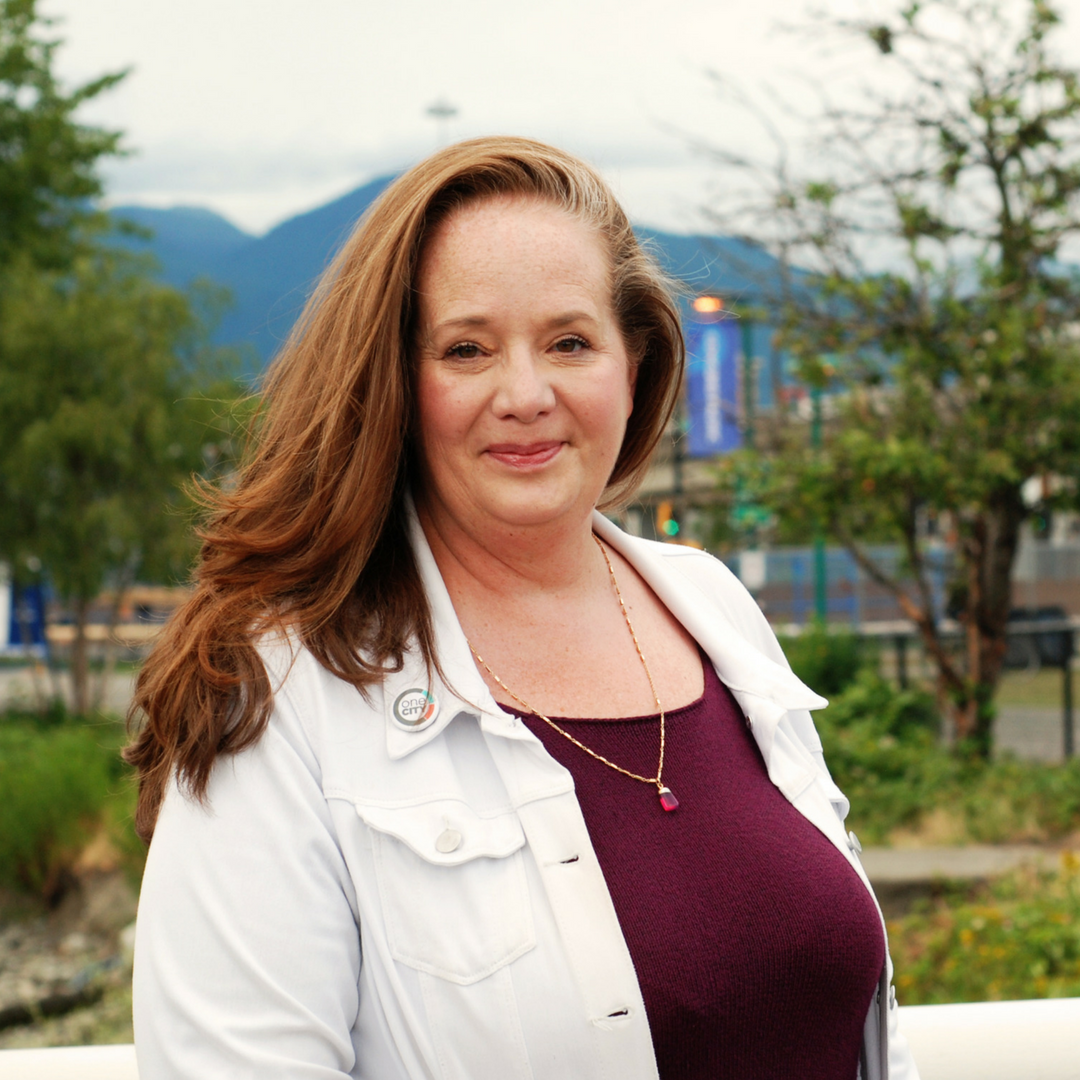 “I believe strongly in the value of neighbourhood schools. OneCity believes that our public schools, and our land assets, are part of a public trust and should remain permanently in public hands.”

Carrie Bercic In the Community

Carrie has called Vancouver her home for the past 30 years, and currently lives in East Vancouver, with her husband of 26 years. They have two adult children who both attended public schools in Vancouver.

Carrie’s post secondary education and work background is in the field of insurance. She has also worked as a graphic designer.

Carrie has volunteered extensively within the Vancouver school system. She is a former member of the steering committees for PAN (Parent Advocacy Network) and FACE (Families Against Cuts to Education), former chair of Friends of the School Library, and a current member of the Public Education Project. Carrie sits on numerous advisory committees in her role as trustee, and is a recent member of the Teacher Qualification Service Board.

As a Trustee, Carrie has been working on a progressive and student-centred agenda. She brought forward a motion to remove public funding from elite private schools in the Vancouver School Board. She did this in order to ensure public money was available within schools that can be accessed by all students. She fought against a budget that would mean cuts to specialists, such as counsellors, special education teachers, English language teachers and teacher librarians. Carrie is committed to putting students first, protecting neighbourhood schools and speaking out for a strong public education system.