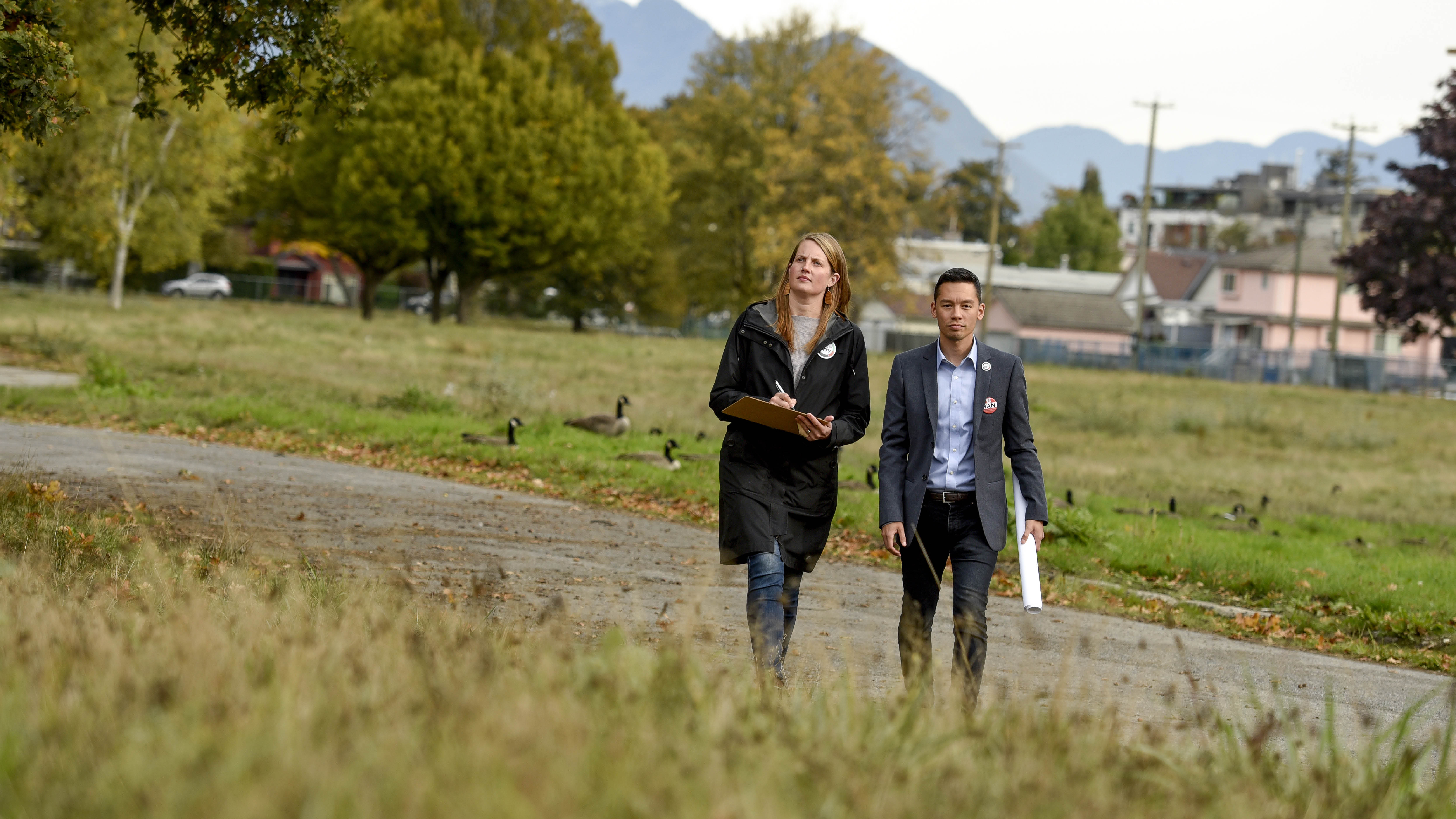 Vancouver, BC; October 4, 2018 -- OneCity Council Candidates are calling for the rezoning of former Little Mountain Social Housing to rental-only. OneCity is also calling on the provincial government to renegotiate the terms of the development deal with Holborn Holdings to ensure increased non-market and social housing.

In 2009, the City of Vancouver lost 224 units of social housing when the buildings on the Little Mountain site were demolished. In 2013 the provincial government sold Vancouver’s Little Mountain site to Holborn Holdings with the commitment to replace, but not increase, the number of social housing units. Ten years later this four-block site is home to merely 54 units of seniors housing and there are 46 units of temporary modular housing built on site.

“We must hold Holborn Holdings accountable for their broken promise of replacing the social housing that was lost.” stated Christine Boyle, OneCity Council Candidate. “By zoning the former Little Mountain Housing site as rental-only the City of Vancouver can protect this site for desperately needed purpose-built, rental housing. But we can’t just stop there, we need to increase the number of social housing and non-market rental units on this site above the 282 units committed by Holborn and BC Housing.”

“In 2013, when the Little Mountain site was purchased by Holburn from the then Provincial Liberal Government, the assessed value of the land was just over $80 million. That same property is worth over $362 million today.” stated Brandon Yan, OneCity Council Candidate. “We are in a housing crisis. The time for developers to be sitting on empty lots and reaping excessive profits is over. The provincial government must renegotiate the terms of their agreement with Holborn Holdings to partner with the City Vancouver in order to immediately start building permanent non-market housing on this site”

The City of Vancouver and the Province of BC must be prepared to take bold action to address affordability and supply if they hope to solve the current housing crisis.

Correction October 5, 2018: OneCity has corrected the following inaccuracies. In our initial release we stated that the 50 temporary modular housing units were in the planning stage. The units are fully occupied as of October 2nd, 2018. Holborn Holdings clarified that there is a commitment to the creation of 282 social housing units to replace the 224 units demolished in 2009. Holborn Holdings confirmed that there is no public timeline for meeting those targets.