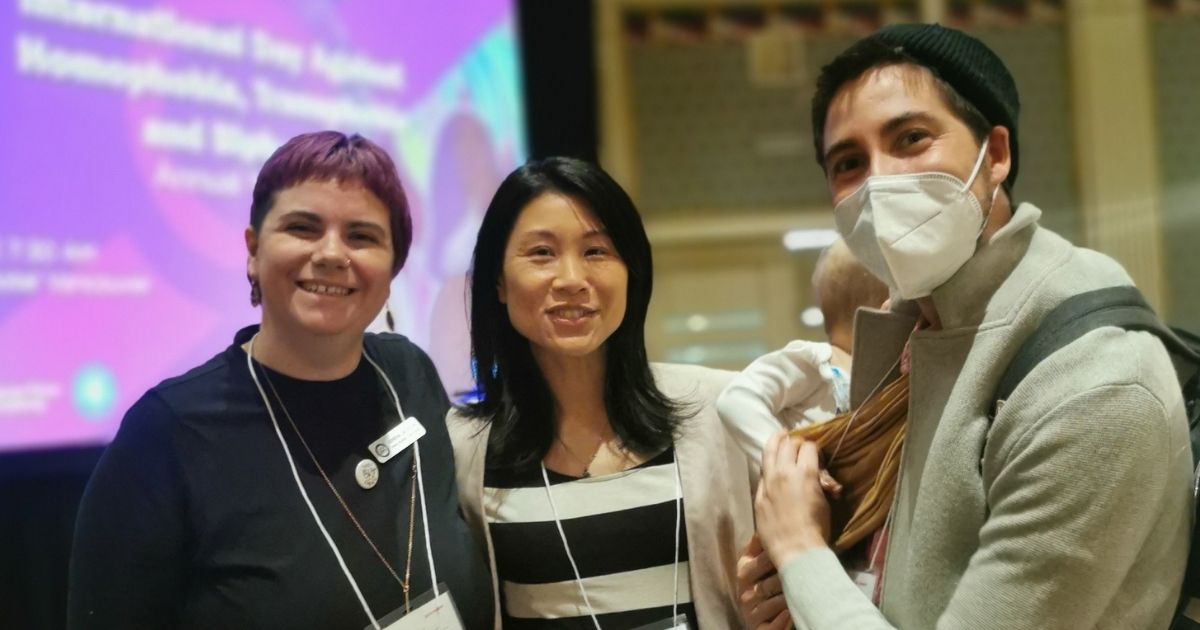 By Gavin Somers, OneCity candidate for Vancouver School Board Trustee

As a mid-30s, queer, trans, non binary person, and now parent, I have a lot to think about today, the International Day Against Homophobia and Transphobia. I think about what it was like to grow up without role models, possibility, or even language to define who I was or how I felt. I think about my last decade of work in youth engagement, and particular, in schools as an educator. I think about the power of stories to open us up to understanding different ways of being, and I think of how so many of our stories go untold and unrecognized. Our world shapes the stories we encounter, but we also have the power to shape our world with the stories we tell.

What does it mean to challenge homophobia, transphobia and biphobia, not just today, but every day? By virtue of existing, and being openly who I am, that is something I do. And yet, it also means that I will face either homophobia or transphobia every day in one form or another.

I remember being in my late teens and early twenties, and how nobody was talking about pronouns back then. As someone who had started using 'they/them' at the age of 18, this was a conversation that often started and ended quite quickly in dismissal.

Today, 14 years later, this conversation about pronouns and identity is much more alive within the world, but again, it does not come without backlash. It was in learning to advocate for the youth that I worked with, that I in turn learned to advocate for myself as well.

(I notice that still, people who might put pronouns in their e-signature as a gesture of solidarity, continue to misgender those of us who don't necessarily use the pronouns that might be assumed based on how we present ourselves to the world. Our western society's binary view of gender simplifies facial hair with 'he' and breasts with 'she', and so we are still fighting to be recognized for our full selves.)

I also think about how the colonial imposition of a binary harms us all---even those who may identify as a part of it. There are far more than just two ways of existing in the world, even within the confines of a male/female dichotomy, and wouldn't the world be so much brighter if we could celebrate that instead of fear it?

Today, we celebrate and come together to raise funds for QMUNITY, BC's province-wide resource center which supports 2SLGBTQIA+ people. As heard from many of this morning's speakers, there is both hope and fear in being 2SLGBTQIA+. Queer and trans folks are fighting for the right to simply exist in many places around the world, while facing hateful and controling legislation in others.

And yet, we have come so far thanks to the elders before us, many whom were queer, trans, racialized and disabled. So we take the message from those who came before, but we can't stop here. Our elders showed us one path, and the youth will show us another, and this is just one part of why I'm running for school board; actions speak louder than words, and so we must act by dreaming and delivering a future which uplifts us all.

This is ongoing work, and I don't see its end within my lifetime, but together, we can continue to make things better, day by day.