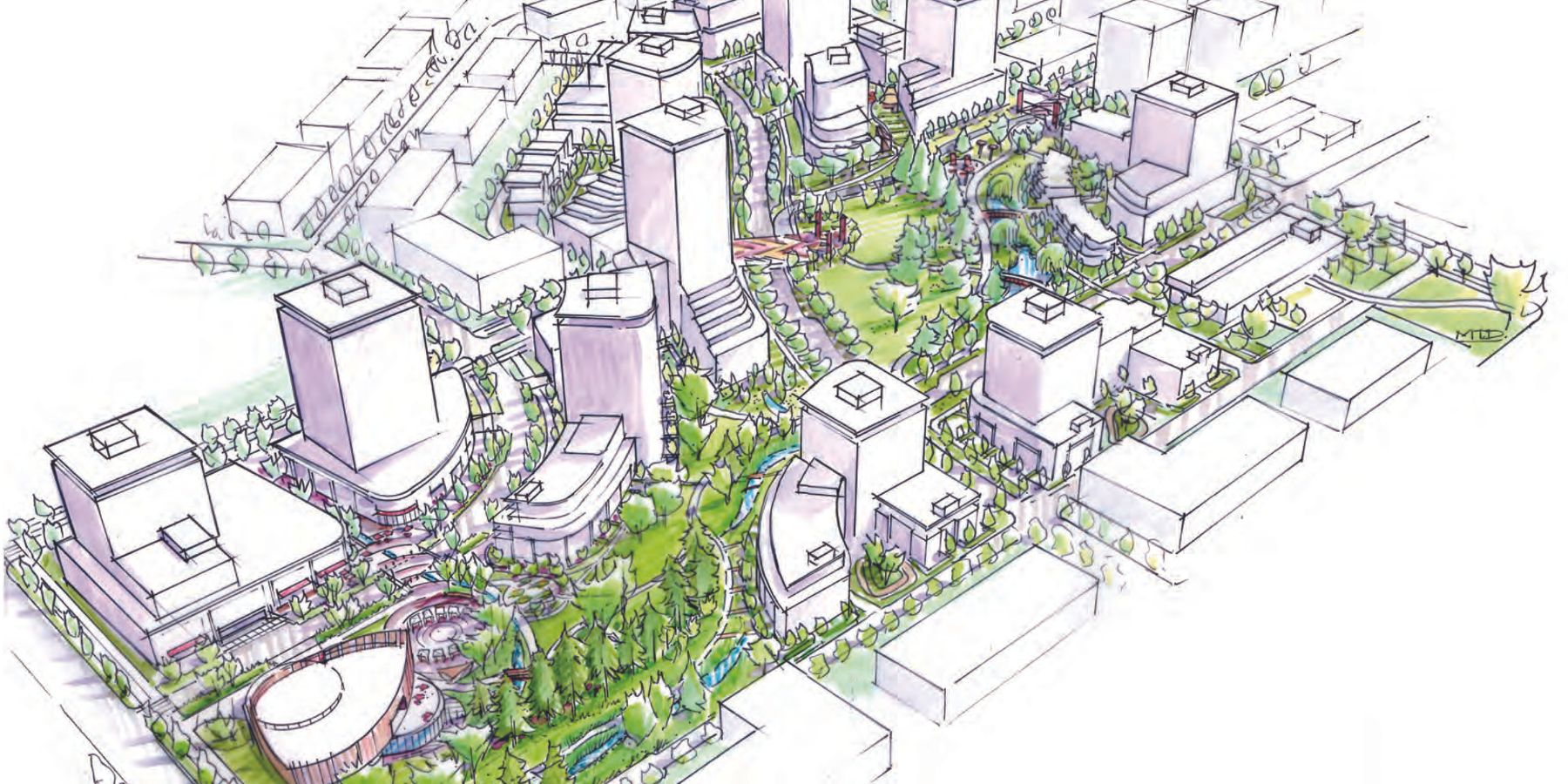 Indigenous peoples in Vancouver consistently come up against a lack of understanding, a lack of empathy and a reluctance to recognize our rights. We as a city need to be better than this.

The Musqueam, Squamish and Tsleil-Waututh Development Corp. presented their plans for redeveloping the Heather Lands to Vancouver city council at a public hearing on May 24.

The recording of the public hearing is available online. I first watched it with genuine excitement to learn more about the transformative potential such a project holds. Despite the laudable accomplishment of the MSTDC and the clear vision of the proposal, what caught my attention was not the merits of this particular project but the manner in which one councillor treated the MSTDC representatives and the nature of the criticisms she laid against the project.

Since this meeting, I’ve spoken with many of those who witnessed the events I describe below. I felt it necessary to make clear a statement on the need for our city to do better.

I watched as the representatives from Musqueam, Squamish and Tsleil-Waututh presented a passionate, thoughtful and visionary proposal for the future of the Heather Lands site, which lies between West 33rd Avenue and West 37th Avenue along Heather Street. The project will bring unprecedented affordability, beautiful public green space, Indigenous food gardens and public food markets to the city.

In addition, the project will have lasting benefits to Musqueam, Squamish and Tsleil-Waututh. It marks the return of their lands, the promotion of their culture, identity and languages, the creation of jobs and technical capacity within MSTDC, alongside a secure revenue stream benefiting community members for years to come.

Despite all this, the discussion between MSTDC and city council was painful and deeply hurtful — not only to the project proponents, but to Indigenous peoples witnessing the conversation. Rather than celebrating the achievement that this project represents and the lengths the Nations have gone to in order to return a very small portion of their lands to their communities and ensure they benefit from the use of this land, the conversation devolved into a disappointing interrogation.

Colleen Hardwick, a city councillor who is running for mayor, pushed back on the Nations’ proposal. During her time in council, she was the sole councillor to vote against Vancouver’s “City of Reconciliation” report. You can see some of her critique at the recent public hearing in the following exchanges.

Hardwick first questioned the compatibility of tall apartment buildings with Indigenous values and ways of being, invoking misconceptions which have historically alienated Indigenous peoples from western-centric ideas of modernity while limiting their existence to racist stereotypes and imposed primitivity.

In addition and perhaps more painfully, Hardwick, following a clear overview of Indigenous peoples’ problematic relationship with the RCMP and their role in enforcing the Indian Act and the forced removal of Indigenous children from their communities, homes and cultures, continued to push the Nations to preserve the Fairmont Academy Building in its proposal.

This building once belonged to the RCMP and is rumoured to hold on its grounds the burial site of an urn belonging to an RCMP officer. Hardwick’s critique and pressure on the project proponents to preserve these sites demanded a response from the Indigenous project applicants. In making their case for the proposal as it was (without the preservation of the Fairmont building), they then had to relive and share their intergenerational trauma related to past city development which resulted in the desecration of their familial burial sites at the foot of the Burrard Bridge and which were given little consideration by the city at the time.

In addition, the project proponents assured Hardwick that despite the lack of care and respect shown for their ancestors, the project proponents would take all necessary care of any burials found on site. Finally, the Indigenous partners clearly stated that the retention of the RCMP building on Musqueam, Squamish and Tsleil-Waututh lands represents a continued imposition of colonial values.

Throughout my professional and academic career, as well as my personal experiences as an Indigenous person, I’ve observed that in our constant struggle for the recognition and implementation of our rights as Indigenous peoples, there are those who attempt to undermine our rights by claiming that those rights must mirror preconceptions of Indigenous peoples’ cultures pre-contact.

I understand it to be a common tactic used to marginalize Indigenous peoples and dismiss claims to self-determination and to their existence and participation as distinct peoples within “modern” society. Limiting Indigenous peoples’ rights, cultures, worldviews or interests to preconceived and often erroneous depictions of Indigenous cultures pre-contact has been challenged repeatedly in the courts and within federal and provincial negotiations, on the basis of being a discriminatory practice. I feel that it’s important to highlight how troubling it is to see this taking place in the context of a public hearing in Vancouver, especially in light of Vancouver’s commitment to being a City of Reconciliation.

To me, the lack of tact, respect and understanding of the colonial history of this land was on full display.

It had very real impacts on not only the Indigenous project applicants, but also on any Indigenous person watching the exchange. Indeed, the exchange resulted in Mayor Kennedy Stewart verbally apologizing at the end of the hearing for the visible hurt that the conversation caused those who were its targets.

"I would like to thank the applicants for a wonderful proposal. I do think in so many ways this does the right thing for the city," Stewart said, after handing the meeting to deputy mayor Adriane Carr in order for him to offer concluding remarks. "You're thinking about your communities moving forward. But you’re also thinking about our community as a whole. You’re providing so much workforce housing in such a beautiful location that will be around for generations. That's such a great contribution. And I’m very proud to say that I'll be supporting this. I would, however, also like to offer an apology for this evening. I think that some of the questions and comments were hurtful. And I'm embarrassed by them. So I do want to say, on behalf of, as president of the council, I apologize for that and I do really appreciate you in coming in and sharing your voice even though that was very difficult. So again, thank you so much."

To my knowledge, Coun. Hardwick has made no such apology. Council, including Hardwick, voted unanimously to approve the rezoning application.

This is a momentous occasion in need of recognition. In light of what happened at the public hearing on May 24, the implementation of the task’s force’s recommended actions is an essential element of ensuring respectful and reciprocal relationships between the city and Indigenous peoples. The report on UNDRIP is a critical step forward in reforming our foundational institutions to better reflect an ongoing partnership and collaborative governance necessary to address the legacy of colonialism. The work is founded on the recognition of Indigenous peoples’ rights to self-determination, self-governance, the right to participate in decision-making on matters which impact them or their lands, and the right to free, prior and informed consent.

It cannot be understated that UNDRIP presents the most comprehensive articulation of Indigenous peoples’ rights, all while presenting a holistic framework to achieve long-lasting, mutually beneficial relationships between Indigenous peoples and colonial societies, while promoting the survival, dignity and well-being of the world’s Indigenous peoples.

The Truth and Reconciliation Commission of Canada, in their 94 Calls to Action, identified that all levels of government in Canada must adopt UNDRIP as the framework for reconciliation. This report represents the first necessary steps the City of Vancouver has taken to do this.

A pragmatic approach, and a need for education

These are critical first steps. They present a pragmatic approach to recognizing the rights of the host nations while building upon existing programs and initiatives.

The discussions between Hardwick and the Musqueam, Squamish and Tsleil-Waututh proponents at the public hearing on May 24 demonstrated the distinct need for education, for training and for commitments to building reciprocal and respectful relationship between the city and the host nations.

The need for education on the rights of Indigenous peoples and the colonial history of this land is needed within council chambers and beyond. Indigenous peoples in Vancouver consistently come up against a lack of understanding, a lack of empathy and a reluctance to recognize our rights.

Just last week, our city witnessed the callous disregard for the suspicious death of Chelsea Poorman, a young Indigenous woman who deserved better. I’m aware of two videos circulating of two different residents of the exclusive Shaughnessy neighbourhood who either tore down posters or expressed their concerns on their distribution as these posters were being put up by Butterflies In Spirit to assist the Poorman family to discover what happened to their family member. Despite the ongoing crisis that is Murdered and Missing Indigenous Women and Girls in this country and the recommendations of the National Inquiry on MMIWG, some residents of Vancouver remain unabashed in the actions to remove posters seeking answers and information into Chelsea’s death.

We as a city need to be better than this. The first step to create better relationships with Indigenous communities is to support the recommendations of the UN Declaration on the Rights of Indigenous Peoples Task Force, which were co-developed by representatives of our city and Musqueam, Squamish and Tsleil-Waututh.

Our city needs to be informed and shaped by the implementation of UNDRIP, and the recommended early actions of the task force are a critical first step to achieve this.

Public education is needed, and the promotion and support of Musqueam, Squamish and Tsleil-Waututh artists, names and languages will go a long way to achieve this.

More will need to be done and we must follow the direction of our Indigenous hosts to lead us down this path. We must commit to supporting them as best we can.

First published in The Tyee on June 7, 2022. Matthew Norris is a member of the Lac La Ronge Indian Band in northern Saskatchewan, president of the Urban Native Youth Association and a OneCity candidate for Vancouver City Council.

When I was young, I spent a lot of time in Chinatown. It was the only place where my immigrant parents could find Chinese grocers. I also attended school there.

Serena Jackson and Caitlin Stockwell: Not in my park? Then, yes, in my neighbourhood

When people are sheltering in parks we cannot call for rapid government action to supply housing, and then allow well-planned and funded options to fall through during rezoning.